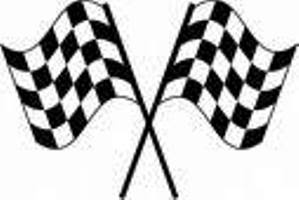 Caught in the 'hub' of F1, I cannot help but be one of those who must be a part of the 'hip' thingy. I love cars and anything to do with cars. I learnt car tunings once..very much a boy stuff! Lots of COOL guys...with cars!

I remembered I was at the site itself on Friday 26.9.08 night before the race starts. The racers were practicing and the sound of the engines made me so 'high'. After a few rounds, the sound was unbearable to the ears although I love it. I wanted to buy the 'walk around' tickets but I was late and they were SOLD out. There were foreigners hanging around wanting to buy 'black market' tickets. In Singapore such activities are an 'Offence'...I wonder anyone dare?

F1 Tickets for the Grand Stands were SOLD out before the race started and so I have to find ways to view the 'happenings'. Sitting in front of home TV is of course the best but the 'feel' is not there. I ended up on the 29th Floor of Raffles City Tower at a friend's invitation. The cars were too fast to capture by my digital camera..they 'blurred' the picture. We were able to see the circuit - 3/4 of it because some bends where hidden from where I was watching. Fortunately there were big TV screens around so we did not missed any exciting moments.

2008's hot favorites did not make it. For those who bet on Hamilton and Massa probably burnt a little hole in their wallet. Hamilton used a McLaren Mercedes engine while Massa ran a Ferrari. Too bad for Ferrari. Massa was flagged off before his Team could remove the fuel pump so penalty + the delay caused him dearly. This made him fall back to 15 place which is really unexpected and a pain to him. How unfortunate! His counterpart Raikkonen had an accident brushing his car against the road block. So both Ferrari were out of the race. The Winner - Alanso (Spaniard) is with Renault. He is actually the 'Black Horse'. In the initial test round he ended at 15 place and he finished the race in 1st place. Isn't that ironical? McLaren Mercedes is also disappointing. Hamilton came in 3rd. The other cars were Toyota, Toro Roso and BMW Sauber.

I realized that Singapore did not take side of any specific 'engine'. They were jubilant when Alanso won too.....Humm.m.m.m. So they just wanted a GrandPrix and who is the winner..is a game. Actually the Chinese says "You don't know who is the winner until it ended". The Singapore Pool is the happiest..they make the most money. In the end, the Winner......is.......SINGAPORE! This year the betting will be as crazy as ever. Good for the economy.

Buddha's taught 'Impermanent'...the Winner Today, is history Tomorrow. Who is going to win this year 2009? Yet to be seen.

Some pictures below...not the best. It is from my Olympus Digital Camera, cameras from friends and TV... to recall the event and build up some excitement before the race starts again. Too soon? NO...NO...not too soon...the crescendo is the best and leads to anti climax.
Posted by Loving Kindness@Samsara at 8:32 PM