In Memory.. Leslie Cheung & Others

To : The evergreen legend stage performers of the East....

Lots have been posted all over the internets, Fans' sites etc...but on my own Blog, I wanted to record my tribute to these exceptional artists. Although they are no longer around but the joy from the music, movies and stage performances that they left behind is a legacy for all those that love them.

至少還有你 - Leslie Cheung. An absolute performer on stage whether it was a concert or a movie. He exude 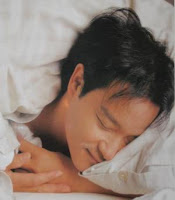 d self-confident in his arena. His sexy personality comes naturally. It was in his bones. He was so suave, s 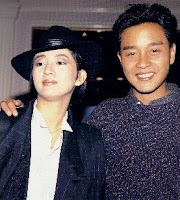 o good and clean looking and 100% an artist. He has many songs, movies and MTV to his credits. To fans who love him, love every inch and bits of him. I started to notice him in my higher school days. I am not a fanatic fan but I am a fan. It is the 5th years now that he has passed away but fans remember him like he is alive. He has millions of love surrounding him but we were not able to buffer him from all his sufferings. I missed his life performances and I have to make do with all that was left - his past achievements to last me for a long long time... Below are some links to selected songs that I like and share it here with those who are interested. Leslie Cheung a forever legend...http://www.youtube.com/watch?v=s_JsCpchaFg "Left hand Right hand 左手右手". This is an acclaimed number. The arrangement and the lyric aptly present the singer.


www.youtube.com/watch?v=3t9narDxfMU&feature=related - Guo Guo a... Tribute to Leslie...This person who arranged and wrote the lyric used some of the famous songs sung by Leslie and used them so aptly to describe fans' feeling. He pens the surprises and joy Leslie brought to us by his music and movies. Whoever he is, I thank him. This song now becomes a classic for me to remember Leslie.


http://www.youtube.com/watch?v=62ytG6NsIcs&feature=related "Who Can Be with Me 有誰共鳴". This is a classic. I love it when I first heard it. Whether his fast or slow songs, they make an impact and an impression.
Roman and Anita Mui's 'Man Chu Za Wah'. Anita Mui's glamor on stage is matchless. Many tried to imitate her and none is anywhere near her. The low husky voice and her daring dances on stage were super entertaining. Whether she paired up with Roman or Leslie, the stage was on fire! It was sad that she too left us. I supposed with her good friends like Roman and Leslie gone, the impact on her is great especially the later. Her classic movie 'Rouge' with Leslie was the last 100% performance from these two artist. http://www.youtube.com/watch?v=LtTrykVmYl4&feature=related 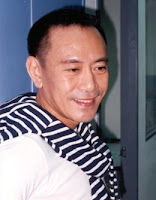 Roman Tam was the voice behind all the sword fighting sagas HK serials that we love to watch. He paired with Jenny Tseng who has a 'big lung' to match his. They both have good voices. He was another very sexy performer on stage and the way he 'dragged' can make any woman feels inadequate as we are. However when he was with Anita Mui, they both brought out a different type of energy on stage. 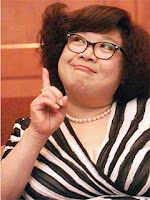 Lydia Sum, the happy comedian that brought lots of laughter and comfort to millions. She was a good sport. Her joyous self and permanent laughter was a 'landmark'. Her unfailing love as a Mum. Her failed marriage and her courage to move on are well respected. Her commitment to her career was remarkable. My Mum loved to watch her. We used to watch with Mum and therefore got to know Lydia too. Her signature - the hair and the spec and the laughter will live on forever.Acknowledgement is given to all the photographers that took these pictures that captured the essences of these artists.

Really misses these artists....and when can we see some good ones?
Posted by Loving Kindness@Samsara at 8:15 PM