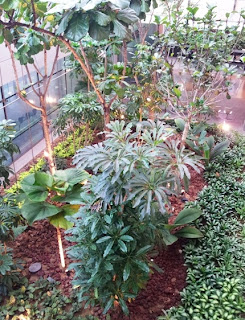 Can one really reciprocate a feeling? Recently I have a friend who told me a story. She was hurt by a friend whom she loves, she said ‘Lian, I can even die for her’. I saw tears in her eyes and I know how hurt she was.

They use to meet every Friday, their families go outing together. My friend took in the children of her friends when she left for a long trip. She supported, not just emotionally but also monetary. She said she did not expect anything in return. I told her ‘you did ask for return because you expect her to do same for you as you have done for her or at least treat you as best friend and priority is for you’. The expectation is subtle, you think it is not there but actually it is there. We are all very human after all. When we treat someone nice, we expect someone to treat us nice and when that did not happened, it turned to sadness, bitterness and ended being very angry.

I have gone through all these. The expectation of friends is ‘FAKE’. People are ‘thick’ because they share common topics of discussion, interest, religion or there is something in them that ‘clicked’. It is affinity. It does not happen to everyone in the same group.

She moves away from the norm group because she does not want to be tagged. She wants to go around her routine quietly. She is religious and it taught her to be humble; it taught her to be compassionate; it taught her wisdom but the other friends did not see it. When the whole group runs after someone who claimed to be religious or know a lot about the religion and speak like one, she saw through him when he asked for expensive items which a religious person does not need. She warned her friends and they all said that she is disrespectful. How do you think one can teach the fools? Even her friend said she is ‘Lay cheh’ in Malay means ‘troublesome’.

All these are not new. I realized that when one pursue a religion. As one advances, one tends to move away from crowd. One tends to spend time with selected people and keep a low profile, going around doing things for one self and others quietly. Not asking for name, fame as well as monetary because enough is happiness. I saw through name and fame. When people use it as a facade, I bow away from it.

Therefore when recently I was hurt by what a friend said, I let it go. There are people who look at things from their own point of views and they believe it is for the benefits of everyone, I do not doubt it. It is a choice to be petty about it or choose to let it go and keep the ‘friendship’. There are people who are sensitive to others, I am not a very sensitive person but I care about people so I am sensitive about them.

When Buddha taught ‘NON ATTACHMENT’, it is a way to move away from being hurt. Anyway remember you cannot owned a person, or his/her mind or thoughts and not even physically. NO ONE belongs to anyone, not even husband and wife nor children. They are individuals with their own Karma.

I wish my friend well and that she finds Peace.
Posted by Loving Kindness@Samsara at 12:30 PM