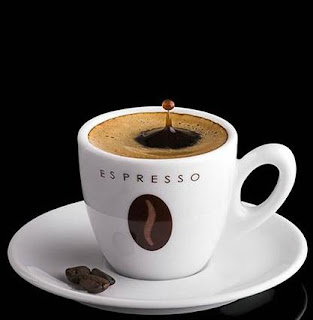 Many of us hide ourselves under a mask. It is like an ostrich hiding its head under the sand exposing it's butt and thinking that no one saw it. It has something to do with pride, it has something to do with privacy that we do not want others to know, it has something to do with not wanting to troubles others...and one can find many reasons to give. This is not a good thing. It is like a pressure cooker...the pressure increases and to an extend it will explode. The explosion either hurt someone or kill someone and that someone could be yourself.
Many times such pressure manifested in symptom like depression. The deeper the depression, the person become cuckoo 'lost in the head''. Others who do not know how to handle will hate the world, the people who deny them, the society and such that they take a knife/ gun and start killing innocent people.
A story goes that a guy was depressed because his family was broken up. His dad use to visit 'call girls' and it became an obsession that the parents fights and many times he saw his Dad hurt his mother. As he grew, he turned into a fine, good looking young man. Under the surface, the anger is building up as well. He viewed women as slut except his mother. He ditched girls like he is changing clothes. It became an obsession. The worst is this anger cannot subsides the hatred that was built up over the years. One day, he picked up a girl on the street, had sex with her and killed her. These goes on for years. He evaded the police and even his mother. Who would think that such a gentle, fine, good looking young man is the brutal killer. He was caught but he was not charged for murder. This is because he is not 'right' in the mind.
Never avoid problems. People who are the noise makers are the healthy one. People who talked about their problems will find ways out. People who seek help and help is everywhere...you just have to know how to find it. The easiest is to approach a police or go to a police station if you cannot handle your problem and let them refer to you an organization. Remember...YOU ARE NOT ALONE!
Here is a story and I buy this story. I use to tell friends about this story...and now share it here.
Once there was a man and he had this pain in his leg. The pain at times were so sever and yet he bare with it. He knew that the pain is caused by this thorn in his sole and it got embedded deeper and deeper as he walked on it. He limped around and when people asked "what's the problem?", he said "Nothing is the problem". This went on and the wound started to be infected. He thought to himself "I am not suitable in this place, it is this place that caused me all the pain", he moved to another town. The new home did not make his pain go away and he thought "I will feel much better if I leave this country", he left on holidays. No matter how many countries he travelled, he is still miserable due to the pain in his leg. One day he met a monk. In casual talking, he mentioned about his pain. The monk looked at him and saw that he had mental pain which leads to him avoiding the fact and pretend everything is OK. He did not want to be weak as his girl friend left him by commenting he is weak. In a very gentle and practical way, the monk asked to see his leg and what caused the pain. The monk told him "my friend, there is a thorn in your sole, it has gone very deep and now it is infected. You need a doctor and you will be OK". The monk took him to a doctor. The thorn was removed and after a while the man recovered and was cheerful and thankful.
Sometime the problem is a very small one, do not make it into a mole hill. This body is precious as all Buddhist will tell you. Instead of letting your body rot because of any reason...use it to do good. If you feel the pain, you will know how others are going through pain. No one knows you better than yourself, you know where is the problem. Nothing in this world is permanent...do not take unhappiness with you to the next life.
Posted by Loving Kindness@Samsara at 11:05 AM