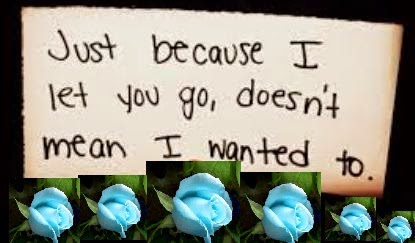 MH370 has decided not to reappear so easily for tracking. All the efforts are effortless due to the Malaysian government clueless or is it so? There are too many agendas, too eager to close the case that it backfired and thinking it is easy to cover ones mistakes. In this case it is too big an issue to pull spider webs over the global crowd and the passengers surviving loved ones.

Look at this piece of summary, it will show all the information released are so pathetic. It shoots all over the place and reach one destination....which is clueless.


I am not interested in the Malaysian politics. The suppressed speak for themselves. Singapore government also shut up on this matter only recently a minister spoke up for the Malaysian government being harshly criticized. We are gracious and we also understand the plight of the surviving families putting ourselves in their shoes.

In my heart, I believe Captain Zaharie is a professional. There are so many lives in his hand and I do not think he loves Anwar so much that 239 lives have to be used as a paid back for his arrest. The second pilot, young man so what's wrong being friendly with some girls. He is about to marry a nice girl so he has no reason to topple the plane as well. So when these two men are not there to fend for themselves, in the name of Truth, do not scapegoat them.

I really don't know when the Malaysian ministers will get their act together and say the right thing...

1)  The final word from the cockpit before disappearance were "all right, good night" as reported in a press meeting. However now it was said the actual words where "Goodnight, Malaysian Three Seven Zero".

2)  Malaysian authorities do not want to release the cargo list and insisted there is nothing "hazardous", now they said it carried Lithium-ion batteries and now how many of them?

3)  Australia search as we all see it, even when it started was an excuse to divert attention. We know they will not find anything and we are right.

4)  There were sms picked up by families of missing passengers, why are all these information "hushed". So it gives the families leads that their loved ones are being held hostages by someone, by whom? For what reason? I only pray that they are alive and well.

5)  Malaysia allowed 2 persons holding fake passports to pass through and yet they blame Interpol for having a huge achieve which will take a long time to search. Maybe they should spend some monies to update their systems for security purposes. In a plane we are not travelling with one or two people but hundred to 2 hundreds lives on board, how can "play play" with people's lives.

However Minister Hishammuddindoes holds himself well. He is impressive in giving and updating press conferences but I can see he is also getting tired. I can see it showed on his face and he is trying to hold his patience. So if he blurted "what more do you want?", don't blame him. The pressure is great. Such issue of missing plane cannot be shut up quietly or shaft down the throat with power.

TO me, all search have been diverted away from South China Sea. My feeling that if the plane went down, it is at South China Sea. I pray I am wrong. The search is going further and further and to a dangerous and cold place, South Indian Ocean. This is a place where search is hard and finally...MH370 mysteriously evaporated into thin air.

Posted by Loving Kindness@Samsara at 12:55 PM