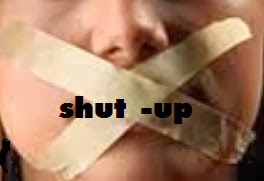 I met a long time friend at an event. I have not seen her and had tried to contact her but to no results. It takes affinity to meet again and we still have the link.

In actual fact I know why she disappeared from the scene, I heard it here and there from the ground but her own mouth. So I took the opportunity to ask, not so much as probe but wanted to let her talk. I did not tell her I believe her story.

(I said I believe because this particular man, in an event was standing very close to my back with his stomach pushing against my butt! I turned around and looked at him and he pretended to look at his handphone. He need not stand so close to me, the place is not packed and behind him still have space. That moment I knew what he was. I walked away from him abruptly to make sure he knew I know what he is up to.)

This girl is still affected by the whole situation although she claimed that it happened in 2013 and now she had let it go. From her facial expression and the tears rolling in her eyes, I knew the trauma is not over. She is graceful to say she didn't want to talk about it, suppressing is not healing! So I said...''is it a sexual abuse or a verbal abuse?" She looked and me and I saw pain, so I asked " one or two "? She painfully said "one".

I will not mention here how she was sexually abused. It happened at a crowded place, so convenient to find an excuse. There was a person with her and that person did not speak up for her because the man was her friend. She confronted the man and tell him to acknowledge his action, apologised and she will forgive him. However he denied. Sexual harassment in Singapore carries a fine, heavier ones need to go to jail and get the cane plus fine. I supposed there is also ''face'' value here.

However what sadden me is not all these. The people who organized the event just want to pacify things, ignoring the trauma that this girl is going through. They did not give her the emotional support that she needed. Probably being Buddhist, we think we are peace-loving people and not aggravate matters. There are also other agendas, I am sure.

Now the twisted fact amused me. People around her told her not to speak about this matter to anyone. They said that this man is a Varjayana practitioner and he practiced Tsog very well and can purify all his negative Karma so he will not reaped the Effect. They went further to blackmail her by saying that if she continues to talk about this, she will go to Hell when she dies. GOSH!

How can people who practice the Dharma twists the facts of Cause and Effect to their benefit at the expanse of another Being? People keep mouthing about the Four Immeasurable and yet they commit hurting Beings. They thought that they are being good and by helping the faulty one they are pushing him further into Hell.

The problem with people is they practice Varjayana with a wrong view. They do not have the foundation of Buddha's teaching. They think that by practicing Varjayana they can fly, they are unbreakable, all the rituals and purification can cleansed them of all the wrong, and they continue to do wrong. They have no fear. How can a person practice Dharma without understanding Cause and Effect, without compassion for suffering Beings. What one cares about is physic power or I am close to so and so high lamas and I am able to do Tsog so well. I can do Tsog ritual well too if I am on it for years and that doesn't mean I will get Enlightenment.

Karma and its Results is the law of the Universe. It doesn't belongs to the Buddhist. It is how the Universe system guard the good and make sure the bad learn their lessons. What one sows, one reaps. Simple logic. Even Buddha himself, who is already enlightened was hurt by a splint of a stone that hit his feet and it bleeds. WHO in this world can say they can escape Karma? and they are not even enlightened like the Buddha?

I can only comfort her by using Buddha's teaching and inwardly I radiate loving-kindness to her. Don't bullshit me about emptiness, emptiness is not like this. We are still in Samsara and until we realized, we will not understand the true meaning of emptiness. We may have a glimpse at it, but only superficially.

Sincerely from my heart I pray for all Beings

Posted by Loving Kindness@Samsara at 10:41 AM